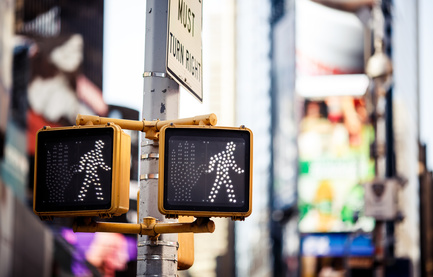 If you’re here, chances are you were struck by a motor vehicle as a pedestrian by a hit-and-run driver in New York. If that’s the case, first, I’m sorry that this happened to you, and I hope you’re getting the medical attention that you need. The question now is, who can you get to pay for these injuries if it’s a hit-and-run? First, you may want to retain competent council as early as possible to do an investigation to see if there may be cameras that were set up in or near the area, to see if we can identify the plate of the vehicle that struck you. I had a client call me just the other day who was in an accident and a witness was able to take a photograph of the rear of the vehicle. She came to my office and we were able to do a license plate search and identify the vehicle. You don’t want to leave the scene. You want to make sure the police arrive. You want someone to call 911 so it can be documented on paper in a police report that it was a hit-and-run. If there were witnesses there that were able to provide a plate number, you want that documented on the police report as well. Very often, the police officers will run a search of the plate at the scene of the accident. These are things that you need to do.

What if you’re unable to identify this car? You might still have a claim if you’re someone who owns a vehicle, or you’re in a household where someone owns a vehicle, like a mother or father. There’s a chance that you can pursue your claim under their policy, for what’s called uninsured motorist protection, to cover you for the loss.

If that’s not an option, there’s another avenue you could potentially go, and that’s through what’s called MVAIC, the Motor Vehicle Accident Indemnity Corporation. They’re an entity that was set up through the government. They step into the shoes of the one that caused the accident, and act as the insurance carrier, but you need to show that it’s an unidentified vehicle that left the scene and that there’s no other coverage available to cover your loss.

I had a client call me the other day and say to me, “I was walking across the street and I was struck by a motor vehicle.” I asked her, “Where were you walking?” “I was walking in the middle of the road.” I asked her, “Were there any traffic signal devices?” “Yes, there were, and the traffic signal device said that the vehicle that struck me had a green light, and I didn’t see the vehicle.” The question that she had was, “Do I have a case?” The answer is potentially. It depends on where the accident occurred. It depends on the type of roadway that it was. Was it a residential roadway? Was it a roadway where you’re not supposed to be driving more than 25 miles an hour? Are we able to show that that vehicle was traveling at 45 or 50 miles an hour? Will there be culpable conduct on your part? Potentially, there will. Will that affect the value? Yes, it could. If you’re partially at fault, that will come into play in resolving the case.

If you’re here, chances are you were struck by a motor vehicle as a pedestrian in New York, and you have the same questions that many of my clients have. “What is my case worth? What is the value?” There’s no easy answer to that question. It depends on the extent of your injury. It depends on whether or not your injuries are permanent in nature; that adds value to the case. It also depends on how the accident happened. Was it all the fault of the driver, or is there some culpable conduct on your part? Were you crossing in the middle of the street? Were you crossing within a pedestrian crosswalk with a green light? These are all factors that need to be considered. It doesn’t mean you don’t have a case if you’re walking across the middle of the street, but these are factors that come into play in making a determination as to what your case is worth. I will tell you that our firm will make sure that you get the compensation that you’re entitled to.

Were you or a loved one seriously injured while walking and have questions about these 3 pedestrian accident tips? Contact the Law Offices of Brian J. Elbaum today for a free case evaluation. Let our experience work for you.